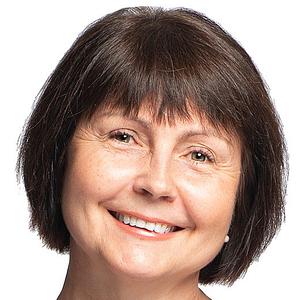 Alla Nikitina was born in Ukraine and began her early training at the Donetsk School of Ballet. She was invited to attend St. Petersburg State Academy of the Arts in Russia where she studied the Vaganova method of classical ballet, and was extensively trained in all methods of character dance.

Nikitina graduated from the Academy with honors in 1979. She then embarked on a successful career with a number of Russian dance companies, and became a soloist at the prestigious State Academic Ensemble of Dance in Russia. In 1985, Nikitina founded the Rovesnik Dance Company in Kiev, Ukraine. Her company’s numerous appearances received high awards for excellence and mastership at national and international dance competitions and festivals. This includes the first prize at the First National Choreographer’s competition in Ukraine in 1985. Nikitina was also honored with the much sought after N. Livitsky National Award for her work as a choreographer.

In 1997, Nikitina moved to the United States and began working as a full time member of the faculty at Hartford Ballet, Hartt School, and BFA Dance Division of the University of Hartford. She has also been a guest teacher at a number of professional dance schools including Brass City Ballet and School of Rochester Ballet.

Nikitina was invited to join Boston Ballet School as a full time faculty member in 2008.  For Boston Ballet School, Nikitina has choreographed many original works including Dance of the Girls and Lesginka for Next Generation in 2012, Demonstration D’Etudiants and Alice in Wonderland for Spring Showcase, and East Meets West for Summer Dance Program in 2012.   She staged several works for Summer Dance Program students, including Character Dances from the Flames of Paris in 2009, Gypsy Dance in 2010, and Aragon Jota in 2011.