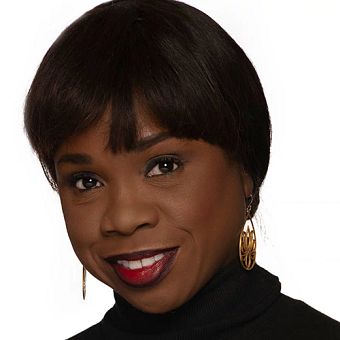 Andrea Renee Long-Naidu was born in Philadelphia and began her dance training at age seven at the Pennsylvania Ballet School.  During her early training Long-Naidu also attended the Dance Theatre of Harlem School and American Ballet Theater School. At age fourteen she became an apprentice with the Pennsylvania Ballet company and after working with the company for a year decided to pursue a dance career in New York. She was accepted into the School of American Ballet (SAB) on full scholarship and after two years was invited to join the New York City Ballet (NYCB).

During her eight years with NYCB, Long-Naidu performed much of the Balanchine repertoire including: Serenade, The Four Temperaments and Concerto Barocco and was part of the original cast of Peter Martins’ ballets Fearful Symmetries and Ash.  While a member of NYCB, Long-Naidu toured internationally with Peter Boal and Dancers, appeared in the NYCB Nutcracker film and modeled for French Vogue.

In 1998 Long-Naidu joined Dance Theatre of Harlem (DTH) as a soloist and was promoted to Principal dancer a year later. During her tenure at DTH she toured internationally with the company and performed a number of principal roles among them: Firebird, Serenade, Allegro Brilliante, The Four Temperaments, Concerto Barocco, Manifestations, Twist and Viraa. Long-Naidu has appeared as guest artist with Complexions, Washington Ballet and other dance companies.

In 2008, Long-Naidu began her second career as a teacher. She has served on the faculty of Dance Theatre of Harlem, Sandonato School of Ballet, Collage Dance Collective, CityDance and Dance Institute of Washington. Long-Naidu served as the first Ford Foundation Guest Faculty Chair at the School of American Ballet and most recently was part of the permanent faculty at Central Pennsylvania Youth Ballet (CPYB.)