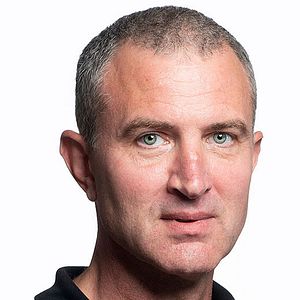 In 1985, Kelley joined Dutch National Ballet under the direction of Rudi van Dantzig where he was promoted to first soloist under Wayne Eagling. During his professional dance career, Kelley has performed many roles, including dancing in works by van Manen, van Dantzig, van Shayk, Balanchine, Petipa, Bournonviille, Forsyth, Ashton, MacMillan, Carolyn Carlson, Eduard Lock, G. Tetly, Kurt Joos, K. Pastor, Ninjinska, David Dawson, Ashley Page, and Rehda among others. He has performed principal roles in van Dantzig’s Romeo and Juliet and Swan Lake, Ashton’s Cinderella, Midsummer Night’s Dream, and Symphonic Variations, Wright’s Sleeping Beauty and Giselle, van Shayck’s The Nutcracker and the Mouse King and The Magic Flute as well as van Manen’s Sarcasem, Adagio Hammerklavier, Corps, Five Tangos, and Situations. He performed in many works and created roles in van Dantzig’s repertoire including Danced Four Last Songs, Monument for a Dead Boy, Ogenblikken, Epitaff, Ramifications, Buigen of Barsten, For We Know Not What We Do, Archangels Butcher the Heavens Red, The Wind, and Under my Feet.

After performing, Kelley returned to Budapest to receive a Master’s Degree in Pedagogy and Methodology. He was the first American appointed to the rank of Ballet Master at Hungarian Dance Academy and was a Guest Ballet Master at Bayerisches Stattsbalett in Munich for three years.

He has taught at The Netherlandse Higher School for the Arts, Canada’s National Ballet School, Vienna Conservatory and at many companies in Europe including Monte Carlo, Dresden, Budapest and Amsterdam.