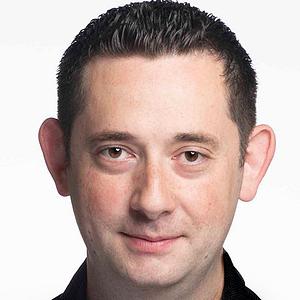 Igor Burlak studied at The School of American Ballet with Olga Kostritzky, Peter Boal, and Jock Soto. As a student of The School of American Ballet, he appeared with New York City Ballet. After completing his studies, Burlak performed with Miami City Ballet, Kansas City Ballet, and was a soloist with Atlantic Southeast Ballet. Afterwards he became a principal with Minnesota Ballet, where he danced for six seasons. He has appeared in the films Center Stage, George Balanchine’s Nutcracker, and a documentary by Tomasol Digital called The Waiting.

From 2003-2011, Burlak served as the program coordinator and faculty member at the New York State Summer School of the Arts. During the 2010-2011 season, he was the Company Manager, Ballet Master, and Director’s Assistant to Igor Zelensky for the Novosibirsk Ballet in Novosibirsk, Russia.

Since joining Boston Ballet School in 2011, Burlak has developed the curriculum for male students from the Elementary 1 to Trainee levels. For Boston Ballet’s Next Generation, he has presented several Pre-Professional Program levels, and has assisted Margaret Tracey with the staging of Raymonda Variations in 2012, and assisted Russell Kaiser with the staging of Les Gentilhommes in 2015.

In addition to being a faculty member at Boston Ballet School, Igor dedicates himself to exceptional client service through Unlimited Sotheby’s Realty.