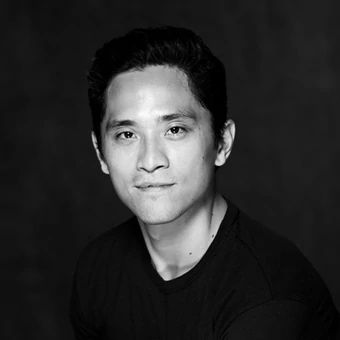 Cirio returned to Boston Ballet in 2009 as a corps de ballet member and was awarded the coveted Princess Grace Fellowship in 2009. He was promoted to second soloist in 2010, soloist in 2011, and principal in 2012, after his performance of Basilio in Rudolf Nureyev’s Don Quixote, for which he received an Honorable Mention in Pointe’s “Standout Performances of the Year 2012.”

Cirio has performed in numerous classical, neo-classical and contemporary roles with Boston Ballet. He originated and performed the principal role in Jorma Elo’s “Elo Experience” with prima ballerina, Larissa Ponomarenko, (for which they received Pointe’s “Standout Performances of the Year 2011” award.) During the company’s tour to London in 2013, Cirio was nominated for the Best Male Classical Dance Performance at the National Dance Awards in the UK for his performance in Elo’s “Plan to B.”

Cirio joined American Ballet Theatre in September 2015 as a Soloist and was promoted to Principal Dancer in June 2016. Cirio was nominated for the Benois de la Danse for his roles in Sir Frederick Ashton’s La Fille mal gardée and George Balanchine’s Prodigal Son. In 2017, Cirio was invited to be a guest artist with English National Ballet. He joined ENB as Lead Principal in 2018, dancing numerous principal roles including the Creature in Akram Khan’s Creature. Cirio was nominated as Best Male Dancer in the UK in 2019, 2021, and 2022 by the National Dance Awards. In 2022, he won Outstanding Male Classical Performance for his role in Creature.

Cirio performs in galas and events throughout the US, and internationally, including in China, Japan, Ukraine, Mexico, and Mongolia. Cirio also had the privilege of dancing at the 2014 Kennedy Center Honors in Washington, D.C. honoring Patricia McBride, where he danced Balanchine’s Rubies pas de deux with Lauren Lovette of New York City Ballet.

He is the co-founder, with his sister and fellow Boston Ballet Principal Dancer Lia Cirio, and Artistic Director of Cirio Collective, and has created works for the Collective, Boston Ballet, Ballet Academy East, Central PA Youth Ballet, and English National Ballet’s Emerging Dancer.