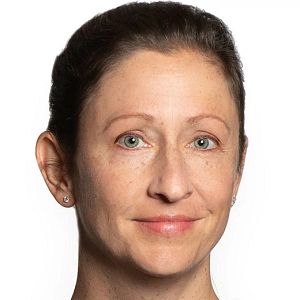 Jennifer Holmes began her classical dance training at Ballet Lubbock with Suzanne Aker. She is a 1998 graduate of the Meadows School of the Arts at Southern Methodist University, where she received a BFA in Dance Performance. During her time at SMU, she trained under Karen Kriete, Nathan Montoya, and Joe Orlando, as well as guest artists including Ann Reinking, Paul Taylor, and Yuriko. Upon graduation, she moved to New York City where she danced with The Martha Graham School of Contemporary Dance and performed with the Company at the Joyce Theatre in 1999.

She is a second-generation Pilates teacher trained by Romana Kryzanowska and was invited by Romana to become a teacher trainer for her certification program in 2003. Jennifer is certified by Romana’s Pilates (originally The Pilates Studio of New York) and as a personal trainer by the National Academy of Sports Medicine. She served as an Adjunct Lecturer at SMU from 2004-2007 where she taught Pilates and assisted in the re-staging of Martha Graham’s Panorama. In August of 2021, she completed Boston Ballet’s Adaptive Dance Training.