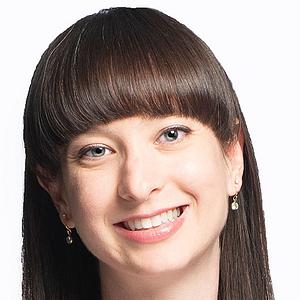 Maureen Kelly began her training at Santa Barbara Ballet Center in California where she studied under Denise Rinaldi (FISTD, Cecchetti Examiner) and Michelle Hulse (RAD Examiner). While there, she earned marks of Highly Commended and Honours on both her Cecchetti and RAD exams, and performed as a member of The Santa Barbara Festival Ballet. To supplement her training, she attended summer programs at Central Pennsylvania Youth Ballet and Boston Ballet.

Kelly relocated to Boston in 2004 to continue studying at Boston Ballet School. In addition to her training, she performed with the school ensemble and in Boston Ballet’s The Nutcracker, worked for the Education and Community Initiative’s Citydance program, and became a teacher’s assistant training under faculty in the school. She also returned to Central Pennsylvania Youth Ballet for teachers’ workshops led by Marcia Dale Weary and Darla Hoover, along with Melinda Howe and Leslie Hench.

Since joining the faculty at Boston Ballet School in 2007, Kelly has taught in the school’s Classical Ballet, Children’s, and Citydance Programs, and served as a Children’s Ballet Mistress for Boston Ballet’s The Nutcracker. She continues to work closely with school Principals to oversee and continue to develop the Elementary levels of training at the Newton Studio.