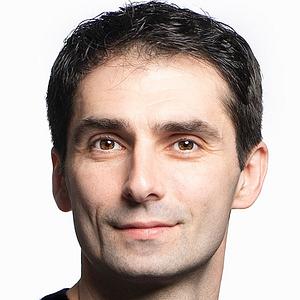 Pavel Gurevich was born in Minsk in the Republic of Belarus. He graduated with honors and a major in Choreography from The State Ballet Academy of Belarus, where he trained under Alexander Kolyadyenko. Following his graduation, he was invited to dance with The State Academic Bolshoi Ballet Theatre of Minsk as a soloist dancer. In 1997, Gurevich came to the United States and joined Milwaukee Ballet where he achieved the rank of principal dancer. Gurevich joined Boston Ballet as a first soloist in 2003 and was promoted to the rank of principal dancer in 2009. He danced with Boston Ballet until 2012 and formally danced with Suzanne Farrell Ballet as a principal dancer. He has appeared in Pointe as well as Dance Magazine, and was part of a PBS televised documentary, Dancing Anna Karenina.

Gurevich competed in the International Ballet Competition held in Jackson, MS in 1998 and was a semi-finalist in 2002.  He has danced all over the world including in Japan, Taiwan, Mexico, Canada, Korea, Venezuela, and all throughout the United States and Europe, appearing as a principal guest artist with companies such as Cincinnati Ballet and Ballet Teresa Carreno.

Gurevich has been a guest teacher throughout the Boston area as well as around the country.