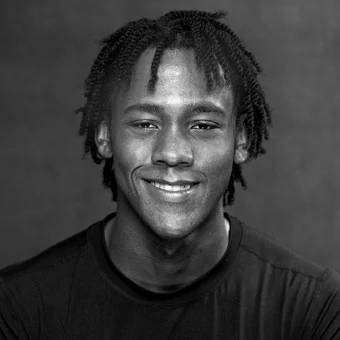 Nothing makes me happier than performing for the audience; I feel fulfilled when I’m on stage…I have no fear, nor worry – just JOY

Tyson Ali Clark began his dance training at age 3 at Mary Flynn Murphy Dance Studio in Somerville, Massachusetts. He also trained at the Gold School with Project Moves Dance Company in Brockton, Massachusetts. Clark studied with Boston Ballet School from 2008 to 2011 and returned in 2015 on full merit scholarship as a Boston Ballet School Trainee under the direction of Margaret Tracey.

Clark attended summer programs on full merit scholarship at the School of American Ballet (2014, 2015), Houston Ballet Academy (2016), and Boston Ballet (2017). In 2016, he received the Princess Grace Foundation Dance Scholarship Award and the Chris Hellman Dance Award. In 2017, he represented Boston Ballet School at the Assemblée Internationale in Toronto, Canada.