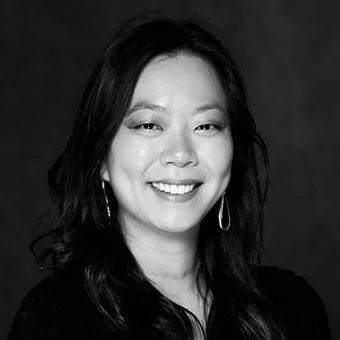 Alyssa Wang is a passionate and versatile conductor, violinist, and composer. She is the Co-Founder, Artistic Director, and Principal Conductor of the Boston Festival Orchestra, founded in 2019, and the Assistant Conductor of Boston Ballet. Alyssa has served as Assistant Conductor for numerous institutions such as the New Hampshire Music Festival and the Colorado College Summer Music Festival. As a violinist, she has soloed with ensembles across the country and performs regularly with numerous Boston-based ensembles such as Boston Chamber Music Society, Boston Modern Orchestra Project, and A Far Cry. Recent performances include a concert for the Library of Congress, the launching of the virtual Boston Festival Chamber Series, and an appearance as a guest artist for the Celebrity Series of Boston’s Neighborhood Arts program. Recently, she was commissioned by the Palo Alto Philharmonic to compose a duet for violin and cello which premiered in 2021, and now looks forward to the premiere of her Violin Concerto in February 2023.
Alyssa earned her Bachelor’s Degree from Carnegie Mellon University under the tutelage of Andrés Cárdenes, and completed two Master’s Degrees in violin performance and conducting at the New England Conservatory where she studied with Malcolm Lowe. She is the winner of the Carnegie Mellon School of Music Concerto Competition and the Silbermann Chamber Music Competition, and is the recipient of the Pittsburgh Female College Association Prize, the Carnegie Mellon Women’s Award, the Senior Leadership Award, and the Presser Undergraduate Scholar Award. During her senior year at Carnegie Mellon she helped to run the Heritage Scholarship Campaign, which raised over $180,000 to start a substantial undergraduate merit scholarship for future School of Music students. Alyssa is also an Andrew Carnegie Scholar.
In addition to her life in music, Alyssa is an avid photographer, writer, and social dancer.