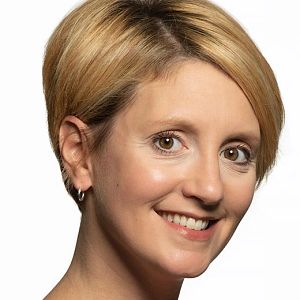 Carrie Millikin Euker began studying dance in Rockford, IL under Kathy Nelson. She holds a Bachelor’s degree in Dance from Mercyhurst University and achieved her MBA degree at the University of Colorado, Denver.

While attending Mercyhurst, she danced various roles in Carmen, Coppelia, A Midsummer Night’s Dream, La Sylphide, and Raymonda, under the direction of Tauna Hunter. She danced with Milwaukee Ballet and Milwaukee Ballet II, performing in Michael Pink’s Swan Lake, Don Quixote, and Romeo and Juliet. Euker performed in Denver with the David Taylor Dance Theater enjoying soloist and principal roles in works by James Wallace as well as Gregory Dawson’s “Eclipsing Venus.” She has also performed with 7 Dancers, notably in “ART” by Mandy Moore, of the hit television series “So You Think You Can Dance.” During her four year stay at Missouri Contemporary Ballet, Euker performed numerous works by director Karen Mareck Grundy as well as works by Shannon Lee West, Thang Dao, Autumn Eckman, and Joshua Blake Carter. Euker originated the role of Alice in Grundy’s Alice’s Adventures in Wonderland.

In 2011, Euker became the founding director and lead instructor of the School of MCB. During this time she also coordinated DanceReach, offering dance to at-risk youth in the community, and in 2013 she co-founded DanceAbility, a program offering dance classes to students with special needs. In 2016, Euker was appointed Executive & Artistic Director of the Susquehanna Youth Ballet and in her first year mounted a brand-new full-length Nutcracker as well as choreographing new contemporary works for the company including “Milenberg Joys” which placed in the Top 12 at YAGP regionals. She also staged ballets such as Paquita, Swan Lake, and choreographed A Midsummer Night’s Dream.

In addition to directing the non-profit SYB, Euker also assumed the role of Ballet Director at EMC Performing Arts Studio. She has served on the board of the Maryland Council for Dance. She is currently an adjudicator for Energy National Dance Competitions and is a roster member of Impact Dance Adjudicators. In 2020, Euker founded Étoile Dance Competition, a showcase style competition with a focus on concert dance styles. She is a certified YPAD member (Youth Protection Advocates in Dance). Euker’s original choreography has been performed by students as well as professionals and she has extensive experience instructing and coaching dancers of all ages.