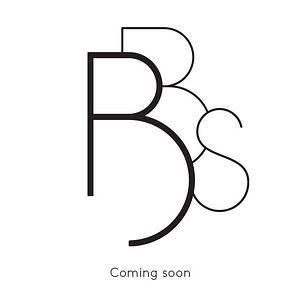 Lucas began her ballet training with Leona Norman, Founder of Marin Ballet, in San Rafael, California. After her formal training at Marin Ballet, Lucas joined the Royal Winnipeg Ballet, under the directorship of Arnold Spohr, as an apprentice for one year, and then joined Joffrey Ballet New York’s trainee program, under the directorship of Jonathan Watts, where she trained for another year.

After Joffrey, Lucas joined the National Ballet of Canada, where she would spend the rest of her 18-year professional ballet dancing career, and afterwards, would begin her teaching career. While moving through the ranks of this prestigious company, Lucas danced several leading and supporting roles in both the classics as well as many new works.

After retiring from the stage, Lucas was invited to remain at the National Ballet of Canada as a Principal Ballet Mistress. She also began to create and run the National’s first ever two-tiered Apprentice Program. Lucas spent the next 11 years occasionally teaching in the National Ballet’s school, running the Apprenticeship Program, teaching company classes, as well as holding the responsibilities of a Principal Ballet Mistress, remounting, rehearsing, and holding both the classical ballets as well as some of the new repertoire and mixed repertoire programs throughout her time with the National.

After 29 years with the National Ballet of Canada, Lucas made the decision to return home to the San Rafael studio where she first learned to dance.Lucas joined Marin Ballet as Artistic Director in 1998 and spent the next 24 years building Marin Ballet into a leading classical ballet school, promoting the art of dance and providing exceptional classical ballet education.

During her many years of leadership at Marin Ballet, Lucas created a 13-level syllabus for the school’s training program, and a new Nutcracker production, which encompassed not only new choreography but new sets and costumes as well. Lucas also led Marin Ballet’s 50th Anniversary celebration, reconnected the organization with The Ballet Alliance (formerly Regional Dance America/Pacific), and cultivated and sustained a long-term relationship with the Balanchine Trust, allowing Marin Ballet students to access foundation training in and performance of protected Balanchine choreography.

Moving into this new chapter with Boston Ballet, Lucas looks forward to continuing to share her wealth of expertise, knowledge, and passion of dance with new students and dance educators alike.