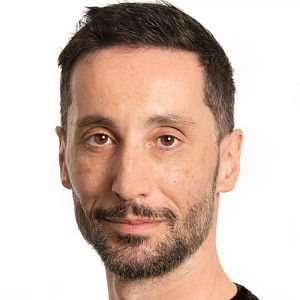 Ivaylo Alexiev was born in Varna, Bulgaria. He started his ballet training (Vaganova Method) at the National Ballet School in Sofia. Alexiev then earned a scholarship from UNESCO to complete his training at L’Académie du Danse Classique Princesse Grace in Monte Carlo, under the tutelage of Madame Marika Besobrasova.

From 2001-2004, Alexiev was a member of Le Ballet de L’Opera National de Bordeaux, France. He participated in every production, as well as the company’s world tours. In 2004, Alexiev moved to Germany and worked with several contemporary companies. For two seasons, under the direction of James Sutherland, he was a soloist with Pforzheim Ballett.

Alexiev took part in many dance galas in Europe and has been a guest artist in France, Germany, Russia, Malta, Japan, and the US. His repertoire includes Raymonda, Divertimento #15, Symphony in D, The Prodigal Son, Suite en Blanc, Sleeping Beauty, The Nutcracker, Giselle, Cinderella and other ballets. He has worked under some of the biggest names in European ballet including Elisabeth Platel, Charles Jude, Irek Mukhamedov, Roland Vogel, Attilo Labis, and Eva Evdokimova.

In 2010, Alexiev moved to the US and joined Jose Mateo Ballet Theatre as a principal dancer. In 2012, he was invited to become a member of the faculty of Ballet Theatre of Boston. Alexiev was Rehearsal Director for Festival Ballet Providence from 2015-2017.

Since 2017, Alexiev has been Artistic Director at Greater Boston School of Classical Ballet. Additionally, he was a guest adjunct faculty member at Dean College from 2019-2021.