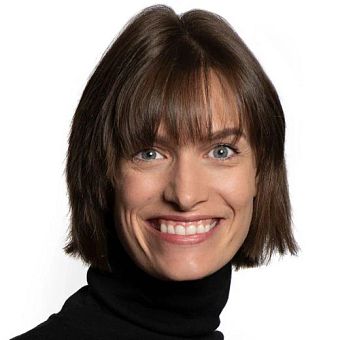 Jacqui Strong is a native of Massachusetts where she began her dance training at Charlotte Klein Dance Center in Westborough, MA. She went on to receive her Bachelor of Fine Arts degree in dance graduating cum laude from the University of Arizona in 2005. She has worked professionally as a dancer, instructor and choreographer throughout the United States and Canada and in 2009, ran away with the circus. Ms. Strong performed for over 12 years as a featured dancer, actor, and aerialist in Cirque du Soleil’s three-time Grammy Award-winning show The Beatles LOVE in Las Vegas, Nevada. Her most notable moments were performances for special guests Sir Paul McCartney, Olivia and Danny Harrison, Sir Ringo Starr, Yoko Ono and Sean Lennon, Sir George Martin, and others from The Beatles’ organization. In 2014 she was featured on ABC’s THE VIEW episode, “Spotlight on Cirque” performing the “Yesterday” duet and she represented The Beatles LOVE on the Red Carpet at the Musicares Tribute honoring Sir Paul McCartney in Los Angeles, California, 2012. She has worked with the Grammy Award-winning Producer Giles Martin and world renowned Director Dominic Champagne. Her repertory includes choreography by George Balanchine, Paul Taylor, Bella Lewitzky, Roni Koresh, Dave St.-Pierre, Sherry Zunker, Mia Michaels, the original Soul Train Lockers: Scooby Doo? and Toni Basil, as well as Tabitha and Napoleon. Ms. Strong was awarded the Gertrude Share Memorial Scholarship from article “Dance in College.” Later, she appeared in Pointe Magazine’s article “On the Side” which discussed her role as a classically trained dancer in Cirque du Soleil. Throughout her career, Ms. Strong has supported charity organizations such as Guy Laliberté’s One Drop Foundation, Las Vegas’ Safe Nest, Three Square Food Banks, and Nevada Ballet Theatre’s Student Enrichment Programs. In 2021, Ms. Strong created a performing arts outreach program, ABC DANCE, to help bring live theatre and dance back into schools.