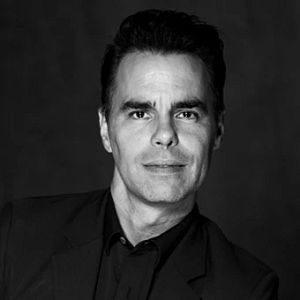 Joan Boada received his impeccable training and foundation of classical repertory from the prestigious Escuela Nacional de Ballet in Cuba. After graduation, he moved to Paris to train with Gilbert Mayer, Jacques Namont, and Manuel Legris. Engaged as a guest artist with Ballet de Nancy, he got the opportunity to perform Le Spectre de la rose and Le Prince Igor under the watchful eye of Pierre Lacotte. Roland Petite of Ballet de Marseille created a piece for Boada and prima ballerina Altynai Asylmuratova.

Boada competed in some of the most elite ballet competitions in Varna, Paris, Osaka, and Shanghai, receiving medals and prizes of distinction. He was invited to perform as a guest artist with Victor Ullate, dancing Basilio, and also with Ballet de Manila, The Australian Ballet, Royal Ballet of Flanders, and Ballet de Bordeaux, where he received the Prix Lifar for his performance in Icare.

After guesting with San Francisco Ballet, Boada joined the company as a principal artist in 1999, dancing coveted roles in full-length classics such as Giselle, Romeo and Juliet, The Sleeping Beauty, La Bayadère, Eguene Onegin, and Cinderella. His award-winning interpretation of Basilio in Don Quixote will forever be remembered in San Francisco and around the world. During Boada’s long performing career, he caught the eye of some of the most celebrated choreographers, such as William Forsythe, Mark Morris, Yuri Passokov, Aleksei Ratmansky, Liam Scarlett, and Christopher Wheeldon, to name a few.

Over the years, Boada transformed into a unique and versatile dancer, excelling in classical, dramatic, and neo-classical roles created by Balanchine, Robbins, and Ashton. He garnered international fame for his precise classical technique and dramatic capabilities. His fellow dancers admired him for his musicality and innate sense of rhythm. One of the highlights of his career was working with Irina Jacobson, the wife of famed choreographer Leonid Jacobson, while learning Vestris, which he later restaged for Boston Ballet.

After almost two years as Ballet Master in the Compañía Nacional de Danza in Spain, he returned to the U.S. as Artistic Director for the Kirov Academy in Washington D.C.