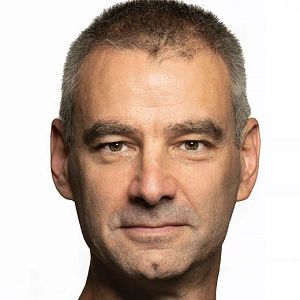 Mark Grothman was born and raised in Madison Wisconsin.  He started his ballet training with Charmaine Ristow at the age of 11. At 17, Grothman was asked to join the Joffrey II Ballet and agreed to start with them after graduating high school the following year.

He danced with the Joffrey II Ballet during the summer of 1985. At the end of this summer season, Grothman joined Boston Ballet as an apprentice for the 1985-86 season. He danced with Fort Worth Ballet for the 1986-87 season. After the end of the season, he then joined American Ballet Theatre (ABT) as a corps de Ballet member in 1987.

At ABT, Grothman danced all the full-length ballets and many repertory ballets during his 11-year career. He traveled and performed all over the United States and the world while with the company. Grothman has performed may feature parts including the title role in Don Quixote and the second pas de deux in Merce Cunningham’s “Duets”.

After retiring from ABT in 1998, he has continued to teach ballet for the last 24 years. Grothman has been teaching at Walnut Hill School for the Arts for the past 11 seasons.  Last year he joined Boston Ballet School as an instructor and is part of the faculty at the newly merged Boston Ballet School’s Professional Division at Walnut Hill. Grothman is also a designer and project manager at Ki3 Design in Natick, MA.