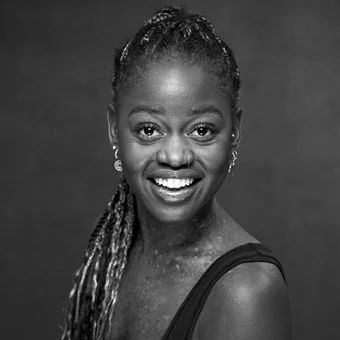 Dancing is a big part of my heart, it’s what makes me feel safe and alive.

Michaela DePrince trained at The Rock School of Dance Education in Philadelphia, PA and the Jacqueline Kennedy Onassis School at American Ballet Theatre. In 2012, she joined Dance Theatre of Harlem. A year later, she was invited to join the Dutch National Ballet’s Junior Company. In 2014, Michaela joined the Dutch National Ballet, where she rose through the company and was appointed soloist in 2016.

DePrince’s repertoire includes Coppélia, The Nutcracker, Swan Lake, and George Balanchine’s Tarantella. She also performed in David Dawson’s A Million Kisses to my Skin and Empire Noir. DePrince has performed as a guest artist with English National Ballet as Myrtha in Giselle. She was featured in the ballet documentary First Position and appeared on ABC TV’s Dancing with the Stars.

DePrince champions disadvantaged young people, with whom she shares her message of hard work, perseverance, and hope, to encourage them to strive for their dreams. In 2016, DePrince was named an ambassador for War Child Holland.

She joined Boston Ballet as a second soloist in 2021.