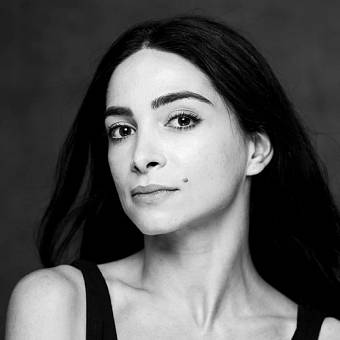 No one is born is a dancer, you have to want it more than anything.

Born in Tbilisi, Georgia, Nina Matiashvili completed her ballet training at the V. Chabukiani Tbilisi State Ballet School. She joined the State Ballet of Georgia in 2007 and was promoted to soloist in 2012. Matiashvili joined Hong Kong Ballet in 2014 as a coryphée.

In 2012, she performed in the Donetsk International Ballet Festival World Ballet Stars gala. She also participated in Bournonville in Biarritz in 2009 and 2011–2013.

Matiashvili joined Boston Ballet as an artist of the Company in 2016. She was promoted to second soloist in 2022.