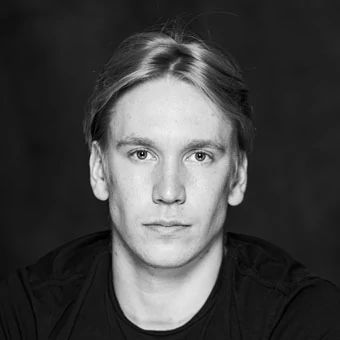 Rasmus Ahlgren began his training at the Ballet School of the Finnish National Opera and Ballet in Helsinki, Finland in 2005. He later trained at the Helsinki Ballet Academy and the Vaganova Academy of Russian Ballet in Saint Petersburg, Russia. In 2018, Ahlgren joined the Perm Tchaikovsky Opera and Ballet Theatre as Second Soloist and was promoted to First Soloist in 2020. He joined the Finnish National Ballet as a junior company member in 2022.

Ahlgren was Silver Medal winner at VKIBC in 2017. He received the Bronze Medal and the Marius Petipa prize for academicism and clean classical ballet at Arabesque in 2020.

Rasmus Ahlgren joined Boston Ballet as an artist of the Company in 2022.