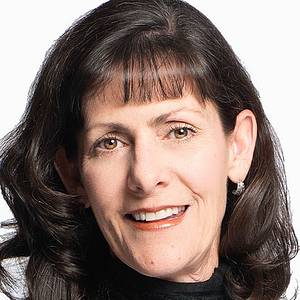 Tamara King is an experienced teacher, dedicated dance educator and former professional dancer who is committed to providing high quality training and access to all students. Originally from Albuquerque New Mexico, King began her training with Suzanne Johnston, Soili Arvola, and Leo Ahonen. She has been associated with Boston Ballet since 1981, when she was selected and studied as a Summer Dance Program scholarship recipient. Throughout forty years, King has been engaged with Boston Ballet and now sits in the role of Boston Ballet School’s Principal.

King danced professionally in numerous classical, neoclassical, and contemporary works. Over the course of her dancing career, she danced with Louisville Ballet, Ballet West, and Boston Ballet. While dancing, she danced a variety of principal, soloist, and corps roles in ballets such as The Sleeping Beauty, Swan Lake, The Nutcracker, Concert Barocco, Allegro Brillante, and more.

King launched her teaching career at Walnut Hill School for the Arts before returning to Boston Ballet in 2001. She worked as the Principal of the Summer Dance Program and was promoted to Principal of the Newton Studio in 2004. Throughout her tenure, Newton has become the hub of the Classical Ballet Program, which offers a carefully constructed ten-level curriculum, seven state of the art studios and a building designed entirely on the Principles of Universal Design. She has established strong ties with institutional partners throughout the city of Newton, including relationships with the New Phil Harmonia Orchestra and Newton Cultural Alliance. King sat on the Board of Directors for the Newton-Needham Chamber of Commerce and launched a partnership with Lasell College, where she resides on the Advisory Board of the Humanities Department.

King is also a talented choreographer and guest teacher. She has choreographed four ballets that are shown by advanced-level students yearly, including Alice in Wonderland; Never, Neverland: The Adventures of Peter and Wendy; Seasons; and Cakewalk. King has guest taught for the American Ballet Theatre JKO School, The University of North Carolina School of the Arts, Harvard University, and the University of Utah. In addition to her teaching, she also serves as a juror for the prestigious Japan Grand Prix competition in Tokyo, Japan.

In 2020, King was promoted to Principal of Boston Ballet School where she oversees faculty, curriculum, and operations for the Classical Ballet Program at the Boston and Newton studios and Summer Dance Program.