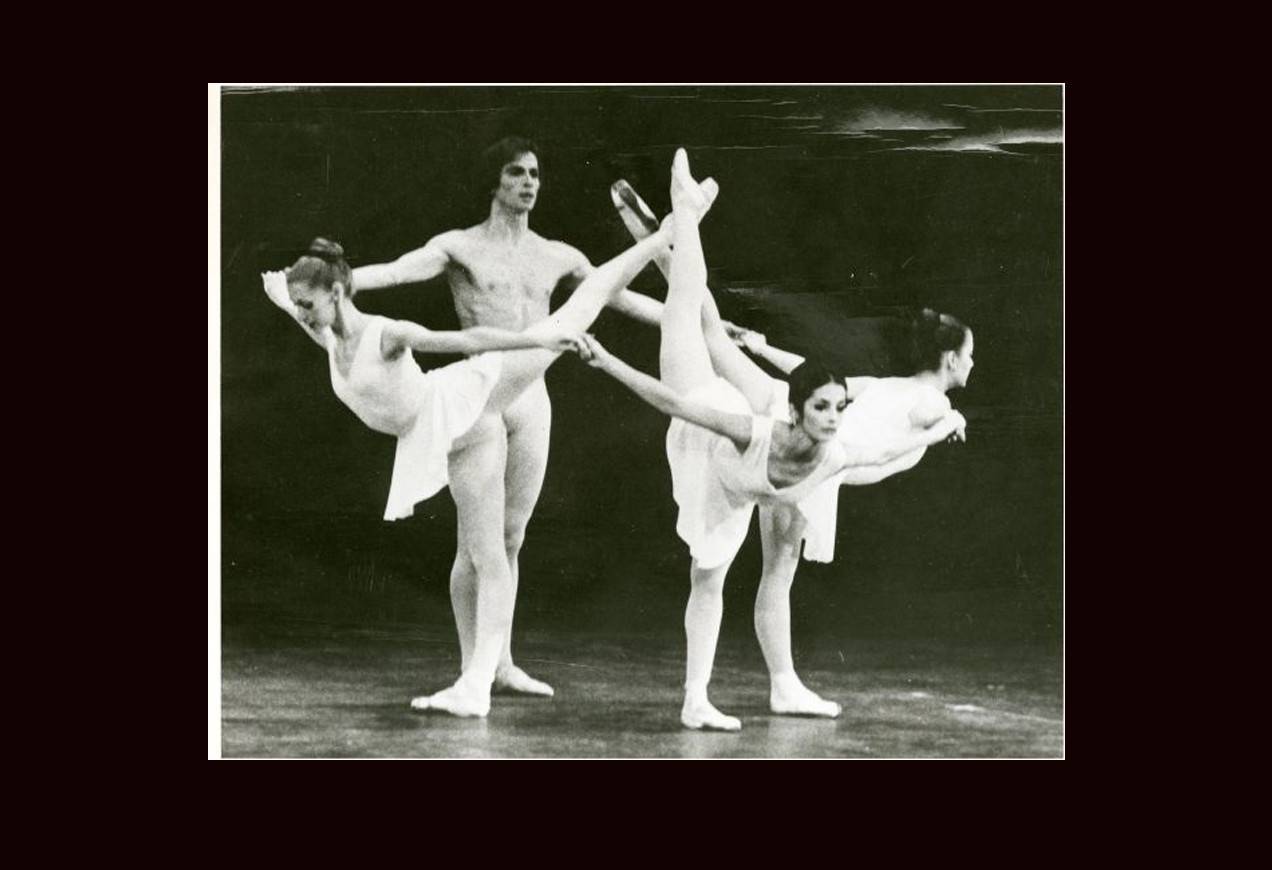 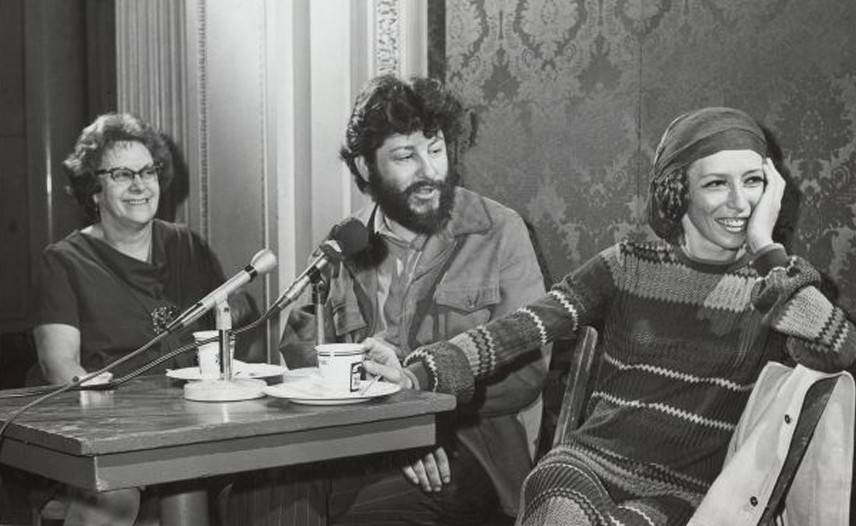 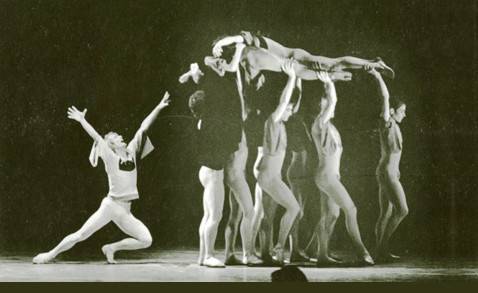 Woytek Lowski, Elaine Bauer, Lorenzo Monreal in Monreal's Hamlet, based on the play by William Shakespeare

Feb 12, 1971: Boston Ballet presented the world premiere of Gamete Garden. The rock ballet was specially commissioned for the company with choreography by Louis Falco and music composed by Michael Kamen with the New York Rock Ensemble. The taped music was played alongside Boston Ballet’s orchestra. The New York Rock & Roll Ensemble was a rock band of the late 1960s and early 1970s described as playing “classical baroque rock”. Founded by three Julliard students and two rock musicians, they broke with tradition by using classical music instruments in rock songs and rock instruments in classical pieces.

May 14, 1971: Natalia Makarova danced Swan Lake Act II with Boston Ballet; her first American performance following her defection from the Soviet Union the summer prior. Ted Kivitt, from American Ballet Theatre, partnered her for the performance.

Jun 27, 1972: International ballet star Rudolf Nureyev’s association with Boston Ballet spanned over a decade. In 1972 Boston Ballet dancers joined him on a TOUR to Mexico, with performances of George Balanchine’s Apollo

Nov 7, 1974: Boston Ballet debuts Birgit Cullberg’s Medea; and two Merce Cunningham pieces Summerspace and Winterbranch. Of Medea Lisa Scwazbaum of The Boston Globe praised Boston Ballet company dancers Laura Young and Anamarie Sarazin’s performances as “an angularly appealing Creusa” and a “believably vengeful Medea, full of strength and fire.” However, it was Winterbrach which created the greatest sensation, but not in the best way, as audience members walked out on the performance. In contrast many critics applauded the bold move of presenting the piece. Scwarzbaum stated “[Winterbranch] is a mesmerizing exercise in creepiness, a dark craggy assault on the senses…” and Amanda Smith of the Boston Phoenix proclaimed “Plaudits to E. Virginia Williams, the artistic director of the Boston Ballet, for providing the pink-tights-and-toe-shoe audience with a controversial series of performances at the Music Hall”

1975: Boston Ballet moved studios from 551 Tremont Street to 19 Clarendon Street. The Pennock building, as it was called, had once housed a three story parking garage.

Plaudits to E. Virginia Williams, the artistic director of the Boston Ballet, for providing the pink-tights-and-toe-shoe audience with a controversial series of performances at the Music Hall 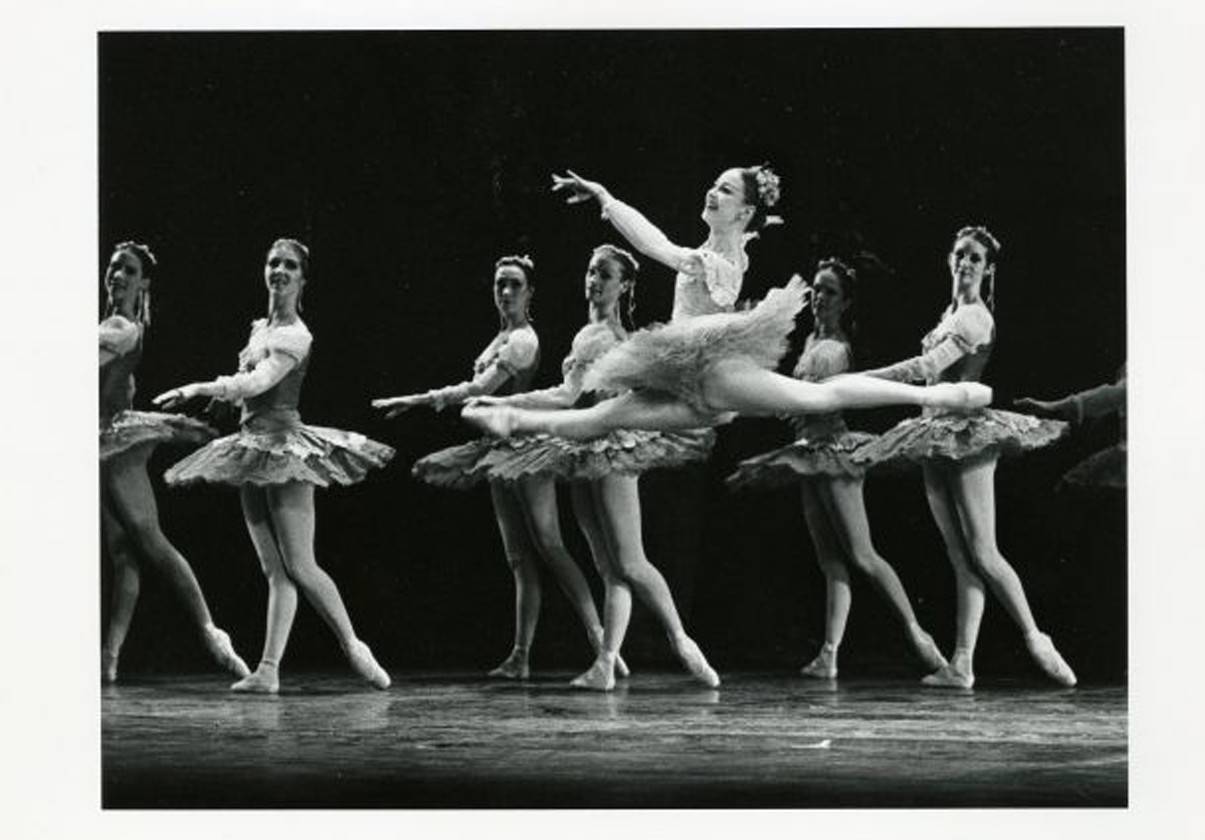 Laura Young in The Sleeping Beauty

Mar 13, 1975: Boston Ballet premiered Lorenzo Monreal’s one-act ballet Hamlet, based on Shakespeare tragic story. Set to the music of Dimitri Shostakovitch the work premiered with Woytek Lowski as the titular prince, Elaine Bauer as Gertrude, Queen of Denmark, Hamlet’s mother, Deidre Myles as Ophelia and Lorenzo Monreal himself as Claudius, King of Denmark and Hamlet’s uncle.

Apr 5, 1976: Boston Ballet presented its first full-length The Sleep Beauty, with choreography after Marius Petipa, staged by E. Virginia Williams and Lorenzo Monreal. For the next five years the ballet would present the piece in spring as an “Easter Nutcracker” 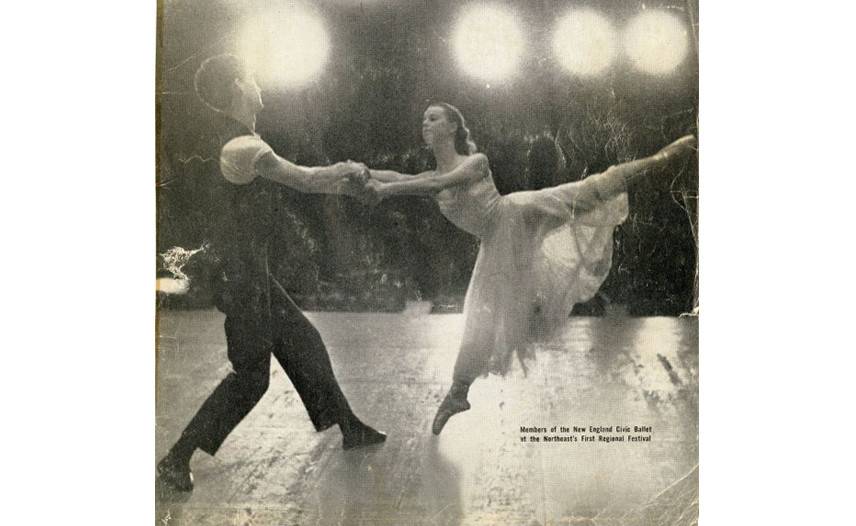 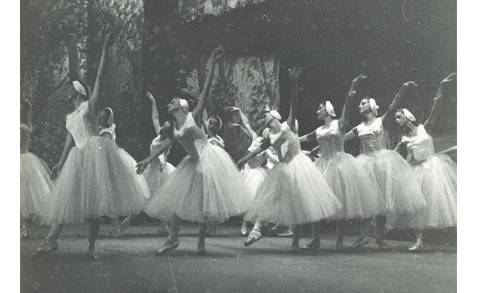 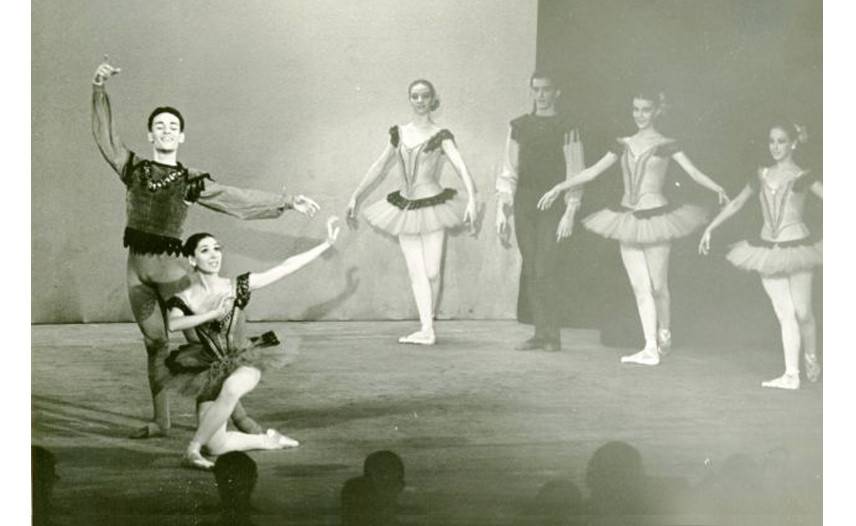 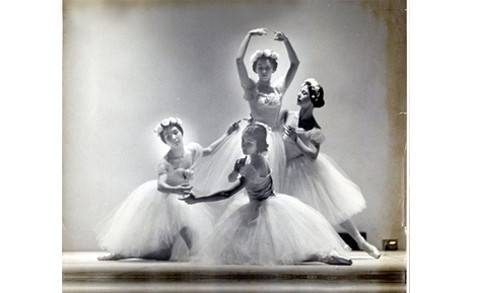 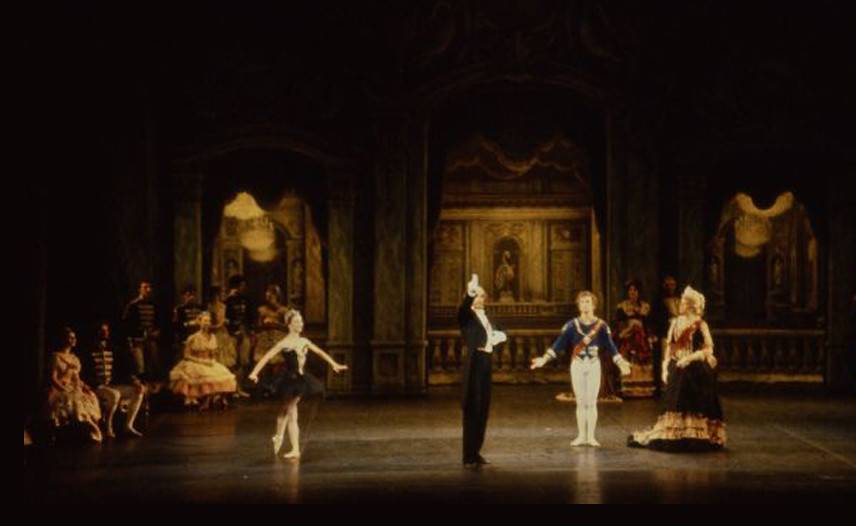 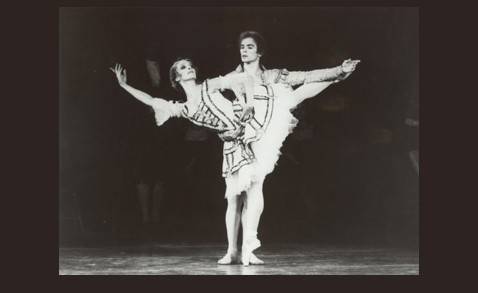 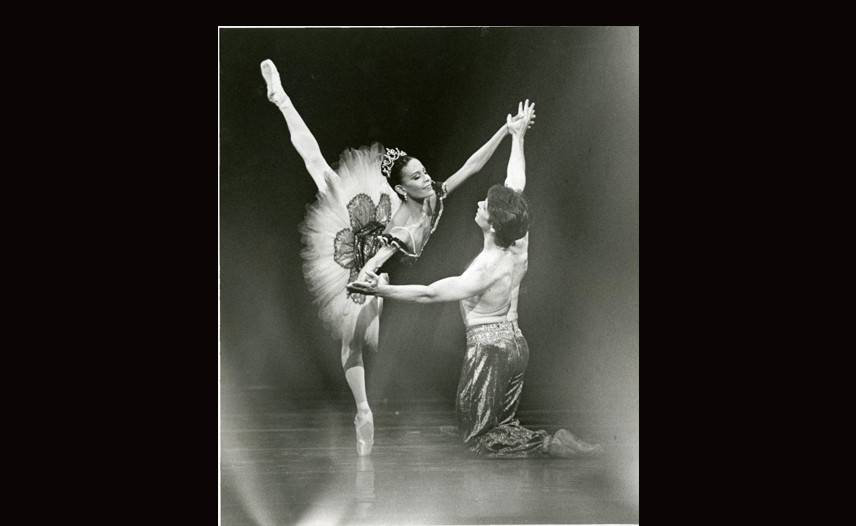 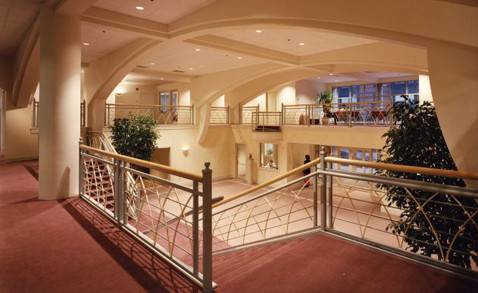 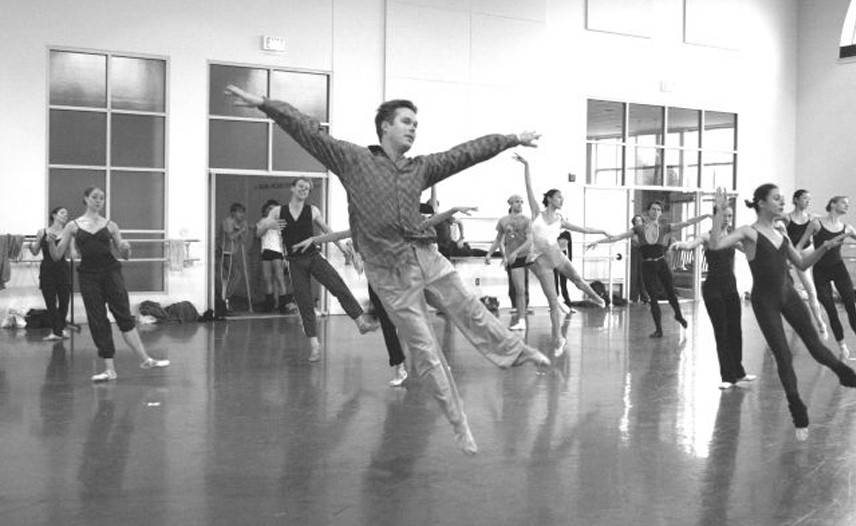 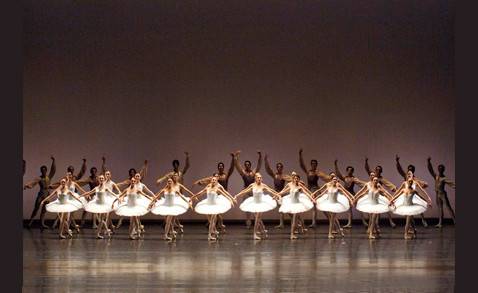