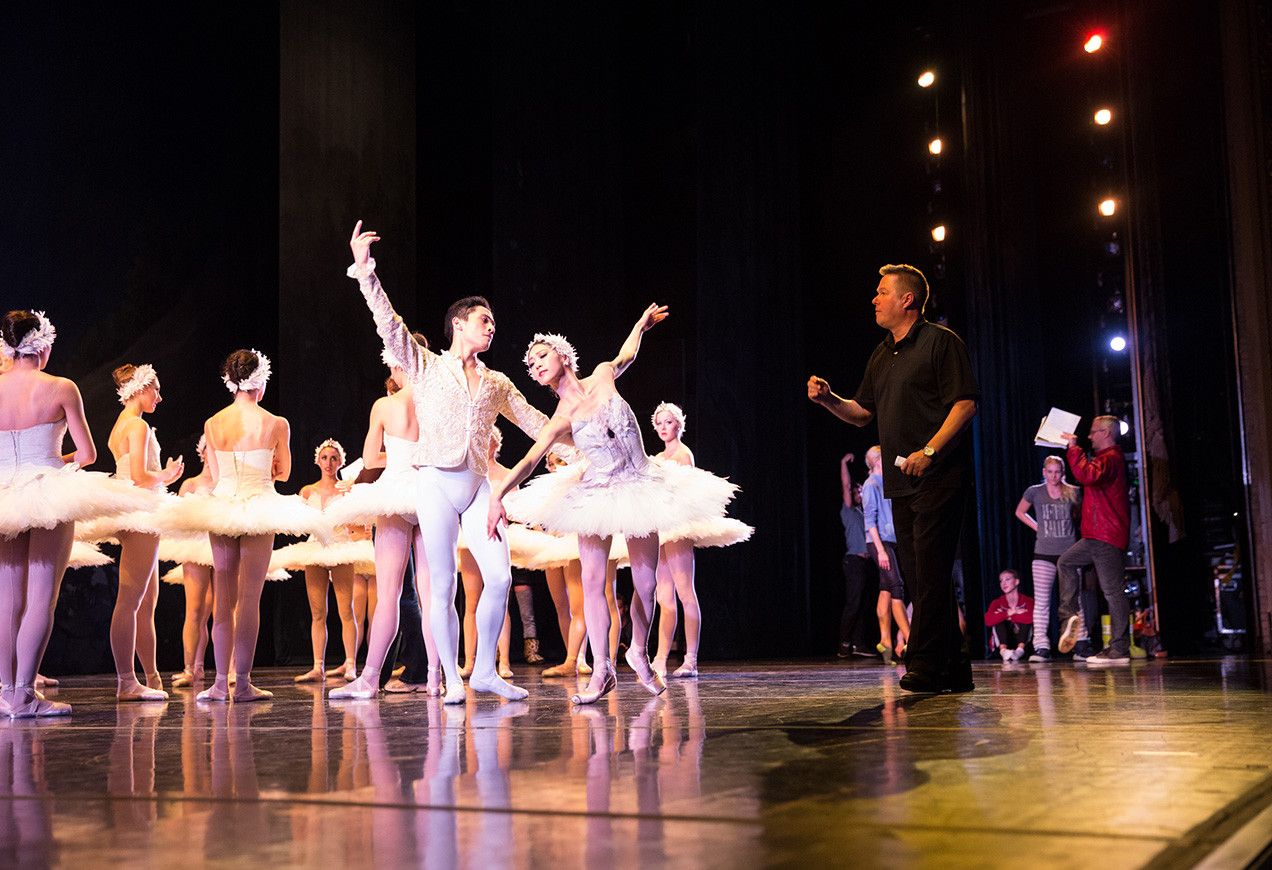 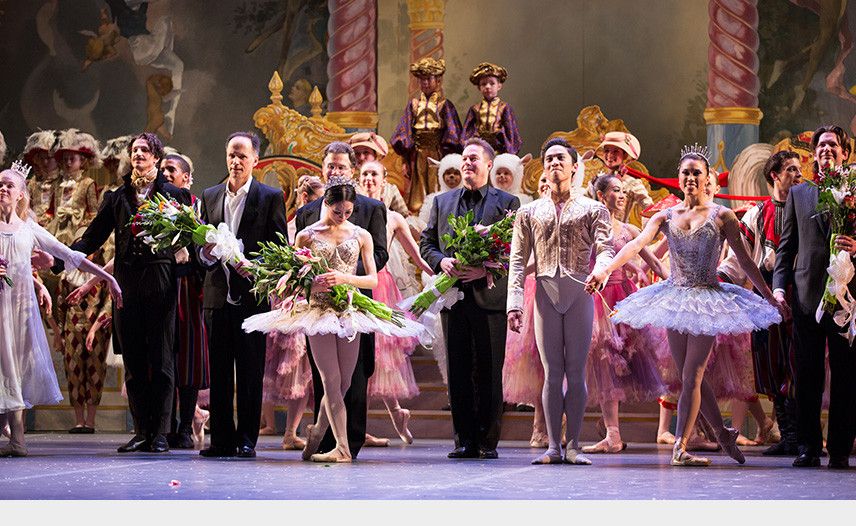 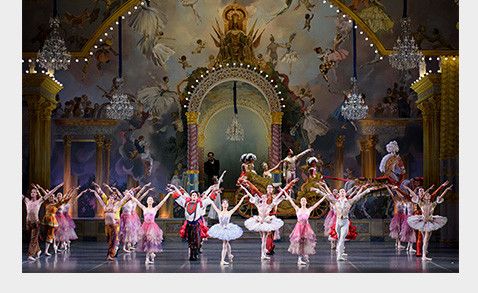 THE NUTCRACKER and SWAN LAKE are two of the most well-known and well-loved ballets in the world. This season, Boston Ballet will perform Mikko Nissinen’s highly-acclaimed productions, with his personal touch on choreography, sets, and costumes.

Please share your early experiences with both Swan Lake and The Nutcracker.

My personal history with Swan Lake goes back pretty early. I was in my second year at Finnish National Ballet School when acclaimed Russian ballerina Alla Shelest came from St. Petersburg to stage her version for the Company. I was cast as the Page who runs in and announces the Queen is coming. I performed that role until I grew too big for the costume. I became a professional dancer at 15, so I began performing the pas de trois early on. I was very lucky because Shelest’s version of Swan Lake was excellent, and I was seeing it every night. I then danced Swan Lake in Switzerland and San Francisco, where I performed Prince Siegfried and the pas de trois in the first act.

My experience with The Nutcracker was the opposite from Swan Lake. Finnish National Ballet did not have The Nutcracker when I was growing up. I knew the music, but I had never seen it. When I went to Russia, I performed the lead role in the pas de deux on the Mariinsky stage. While I was a dancer at San Francisco Ballet, I danced the snow scene pas de deux and the grand pas de deux in Lew Christensen’s production.

When you conceived your new production of The Nutcracker, which elements did you want to highlight?

The Nutcracker is the first ballet most people in North America see, so it needs to be a welcoming gateway into our artform. Boston Ballet had a very successful Nutcracker before I became artistic director, but I wanted it to be more technically difficult for our dancers and more exciting for our audience. At the end of December, I know I have a tired company, but I also want to have a better company that can take on the challenges of the rest of the season. Above all, The Nutcracker is a fantastic story set to an incredible piece of music that brings families together. When you start tinkering with The Nutcracker, you need to keep that top of mind.

I didn’t want to change things for the sake of changing. I wanted to curate it for today. 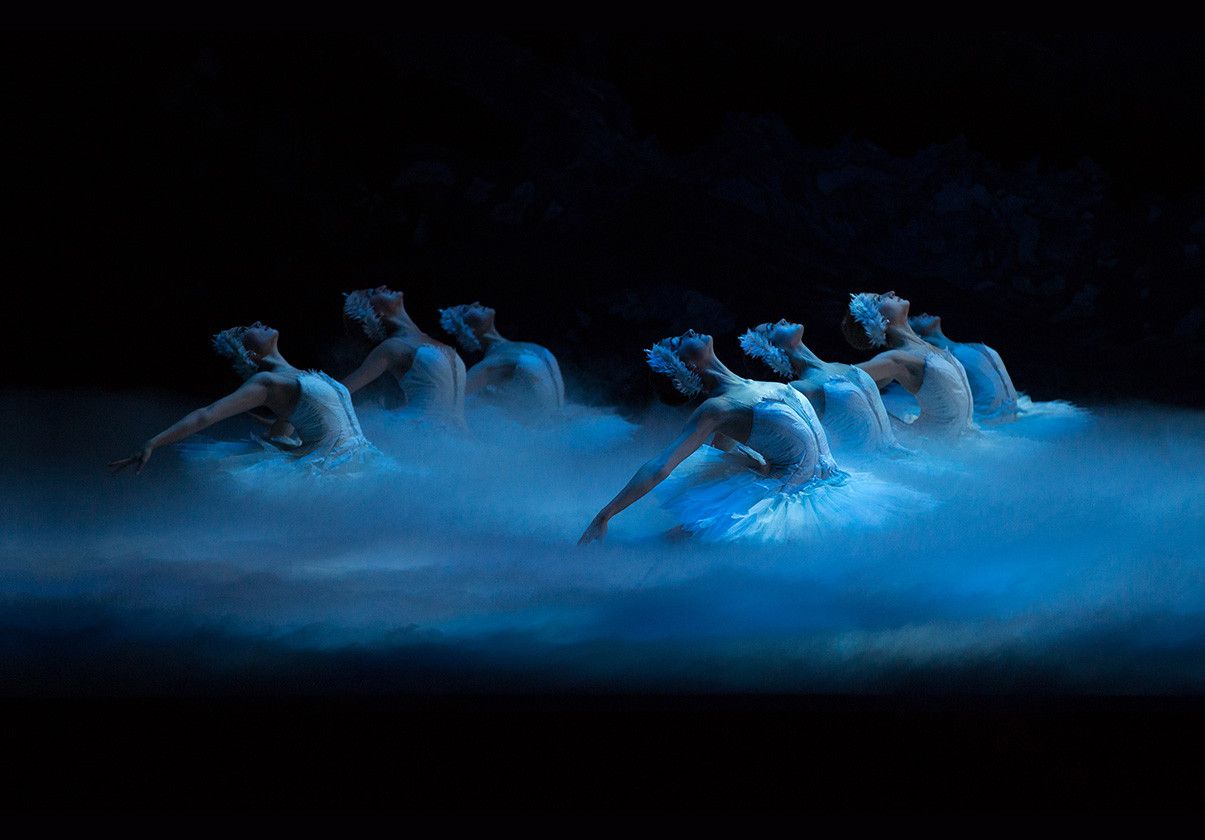 Swan Lake is so iconic and many choreographers have given it their own spin. How did it feel to premiere a version of your own? What makes your production unique?

I talked a lot about Swan Lake with Rudolf Nureyev. He did two major versions, one for Vienna in 1965 and one for Paris Opera Ballet in 1990. It’s very interesting to compare notes and look at others. The Russians have a happy ending where Siegfried and Odette are reunited in heaven. For my version, I wanted Siegfried’s regret to overtake him. He loved Odette and nothing matters to him anymore. He follows her into the lake and drowns, so it’s a tragic and beautiful ending of true love.

I didn’t want to change things for the sake of changing. I wanted to curate it for today. I took one intermission out and shortened the fourth act to 18 minutes, making it more bite-sized. I also evaluated what really survived from the original version, like the second act created by Lev Ivanov, which is a masterpiece of the corps de ballet. Additionally, part of the story is about Rothbart kidnapping women and turning them into swans. There wasn’t a clue about that in the rest of the production, so I added a prologue where you see the abduction of Odette.

For both The Nutcracker and Swan Lake, you tapped Robert Perdziola to design the scenery and costumes. What was the collaborative process like each time?

We were so lucky to get Robert. He’s one of the best designers working today. For THE NUTCRACKER, we hit it off and I immediately sensed he understood classicism. We talked about what I envisioned, and he knew what I meant. It was an incredible process, and there were surprisingly few revisions. He brought such a beauty into the production.

We then embarked on SWAN LAKE and the collaborative process felt very comfortable because there was so much trust at that point. I told him when I think of Swan Lake, I think of four paintings for each act. I wanted to keep it abstract. When I work with designers and tell them what I envision, I don’t want them to come back with exactly what I said. I want them to come with extra magic and special ideas, so I have choices. Robert does that. He’s a dream come true. 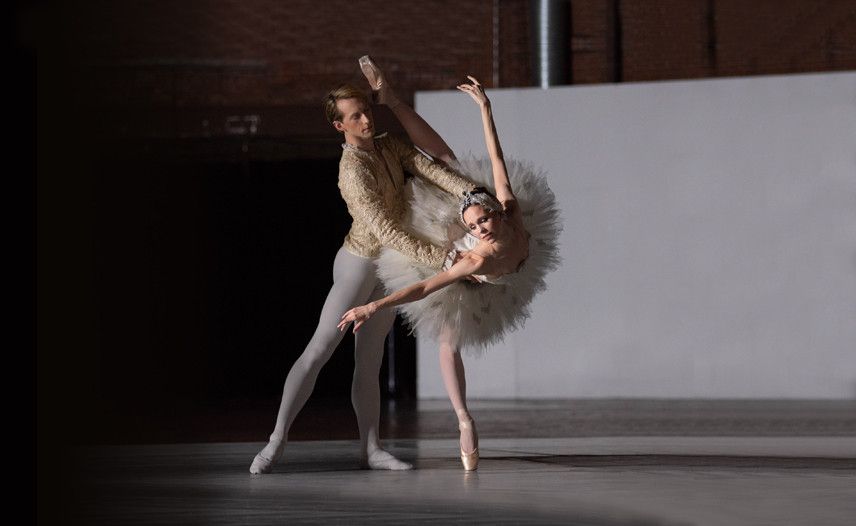 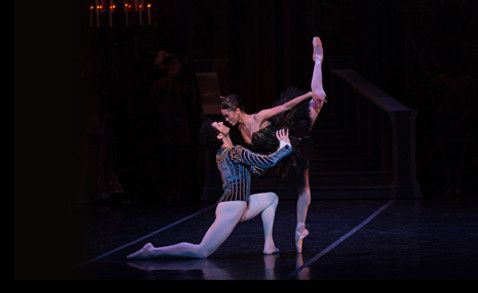 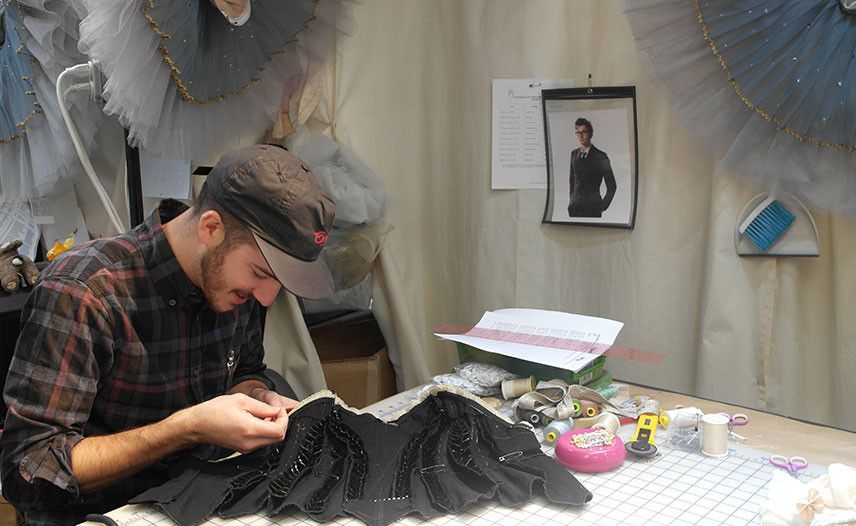 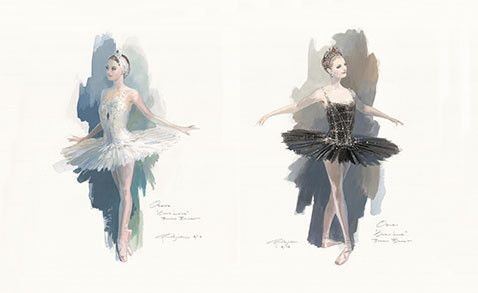 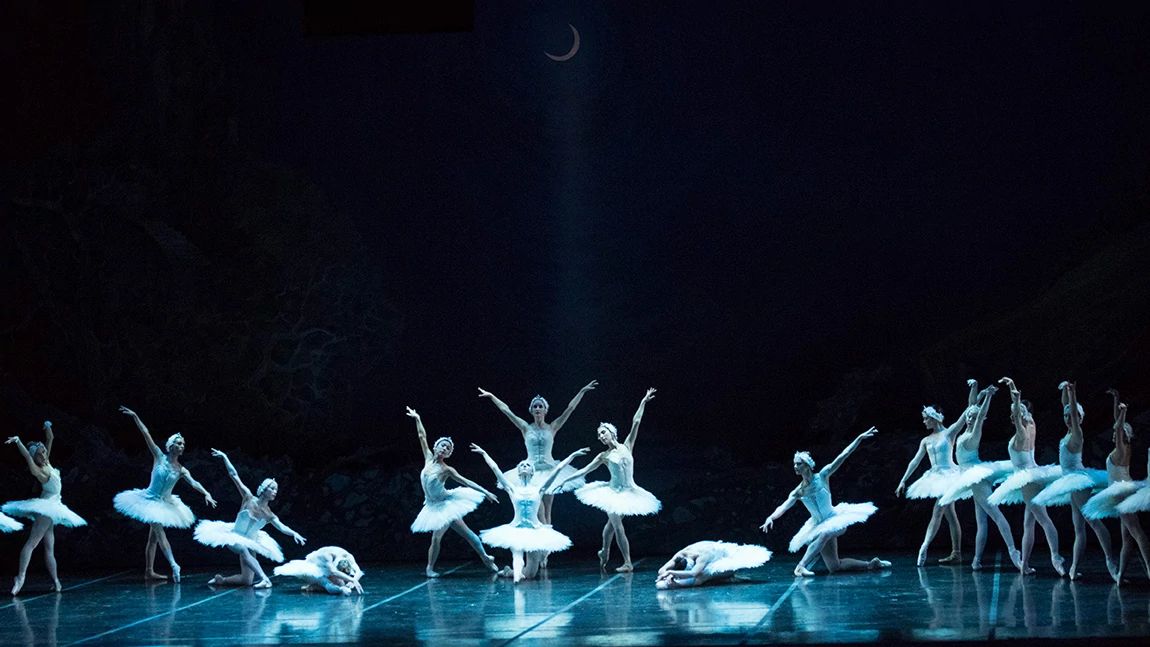 Go behind the scenes with the corps de ballet and be inspired by their strength and solidarity. 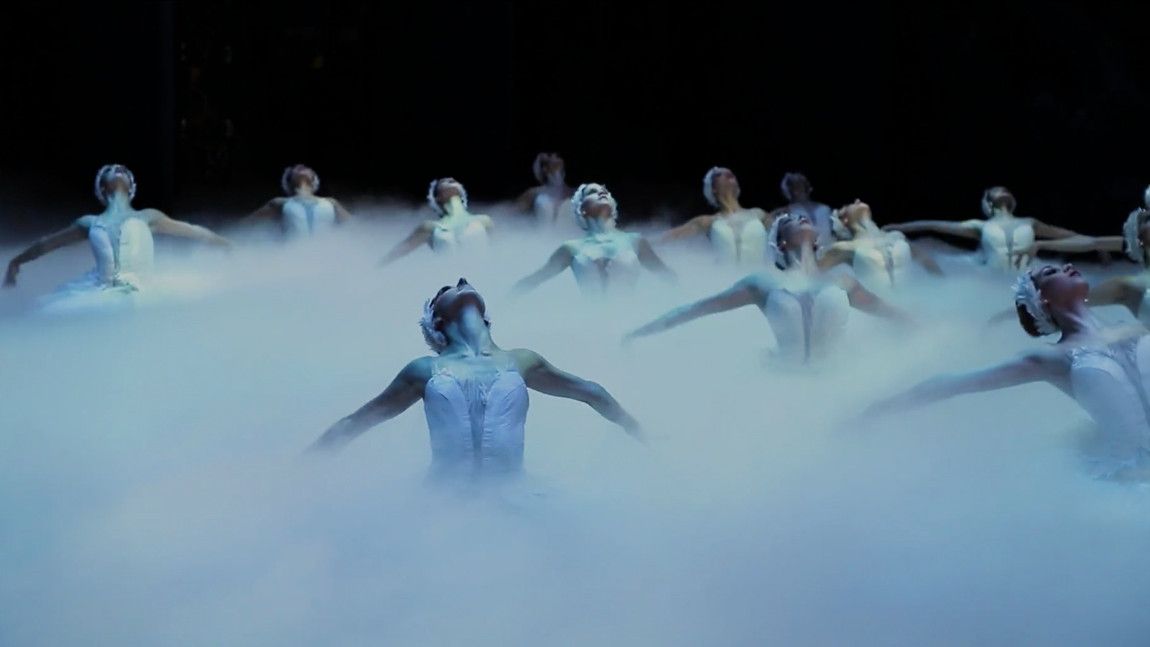 Get swept away by the mist-laden magic of Swan Lake, and watch as the corps de ballet make their unforgettable Act IV entrance.

Under the enchanted moonlight, a group of swans wait for the promise of eternal love. The grace and gravitas of the corps de ballet’s fog-covered Act IV entrance drives home the beauty of this timeless production. 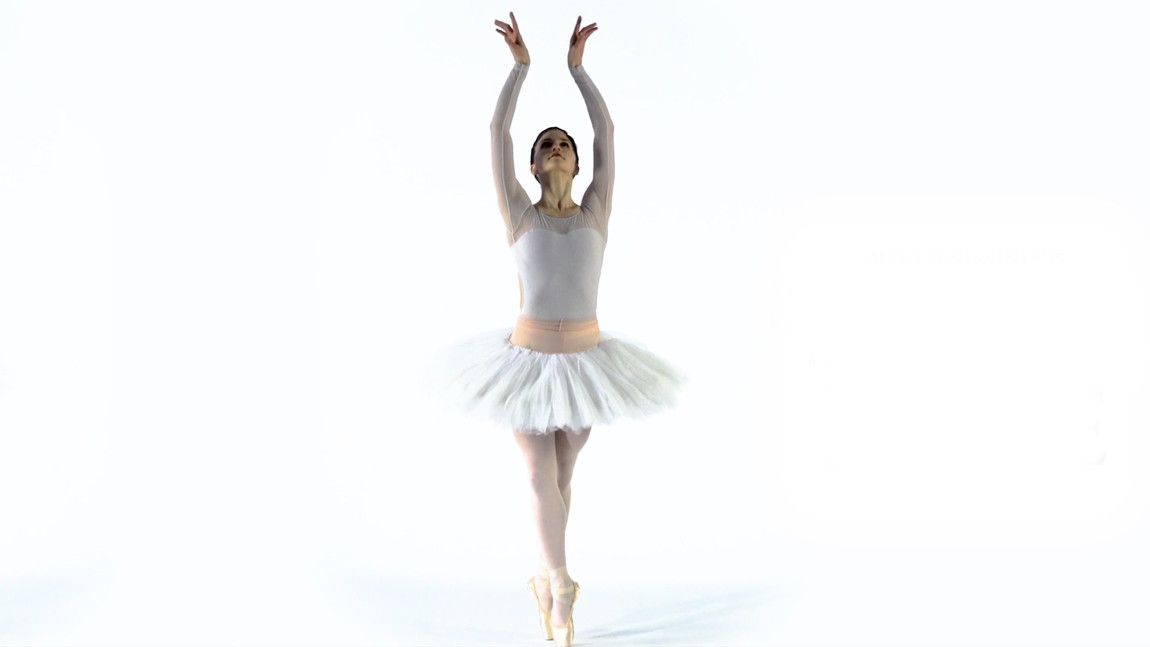 Follow these steps to perfect your swan arms, then share your new moves with your balletomane friends.

A member of the corps de ballet will “Swan Arm’’ more than 100 times in just one performance of Swan Lake. Watch this how-to video to join in on the fun and practice performing this iconic movement.